For students who are in financial distress due to the loss of income, the federal government must from March 30th provide emergency aid, without prior assessment of the needs, over an amount of 3000 Euros. The Federal Government takes over the costs of emergency aid when the need is determined subsequently. If there is no need, the payment is converted into an interest-free loan that is due within 10 years. After the subsequent assessment of neediness, which could be based on the payments according to BAföG, handed in documents should only be: • Enrollment certificate • Proof of your own income or the income of the alimony payer / volunteer during the months of April to June We suggest that the money to be distributed easily through an online process via the KfW. The system must be fully functional and accessible by March 30th at the latest, so that affected students can pay their running costs at the beginning of April.

Background Two thirds of the students work alongside their studies because BAföG and alimony alone are not enough to live on or because they are not entitled to BAföG or alimony. Many students live below the subsistence level. In this situation, the loss of an income from a part-time job quickly threatens the existence. Students, in particular, are often in precarious and unstable employment relationships without continued payment of wages and security. Furthermore, they are not included in the short-time working regulations. However, the proposed simplified conditions for claiming short-time work benefits (KUG) only apply to those cases where there is a basic right to KUG. Employers can only apply for KUG for employees who are also subject to unemployment insurance. Marginal employees are insurance-free in the unemployment insurance, so no KUG can be applied for them. This is often the case for students who work alongside their studies.

In the current situation, it is unsustainable for students throughout Germany to find themselves in financial distress because their part-time jobs cease to exist, or their parents can no longer finance them due to the sudden loss of income. Furthermore, emergency situations also require increased financial flexibility, which most students and their parents do not have. Therefore, the state must act immediately, also to relieve the psychological pressure on students. In the currently very unclear study situation, students may not be prevented from progressing further their studies by financial burdens or forced to drop out. In particular, the offer should also be accessible to foreign students. Germany has a special responsibility for these students as a “host country” in the crisis situation. The psychological and financial burden on foreign students are in some cases even more tense.

The emergency aid is intended to serve as a first bridging measure so that a possible adapted concept for sustainable student finance can be developed by summer. Enough funds are available, as funds that were already intended for student funding through BAföG or scholarships in the past year have not been exhausted. In 2019, around 500 million of the 1.5 billion budgeted funds were not spent. At this point, these can now be used rationally and in accordance with their purpose in order to close the resulting supply gap. In these times, we particularly appeal to the Studierendenwerk to act socially corrective to be lenient with students in financial emergency situations who are currently unable to pay their rent or only with a delay.

Why 3000 €? According to the social survey conducted by the German Studierendenwerk in 2016, students have average expenses of € 819 a month. Including the inflation rate of the past few years, this is currently around € 860. The money is therefore intended to support students in paying all the costs incurred for approximately the next 3 months.

This site uses Akismet to reduce spam. Learn how your comment data is processed.

English translations are available for all main pages as well as for some articles (case by case). We try our very best to extend the English content. 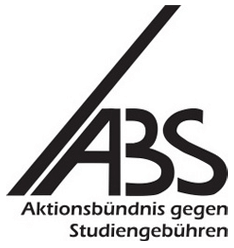